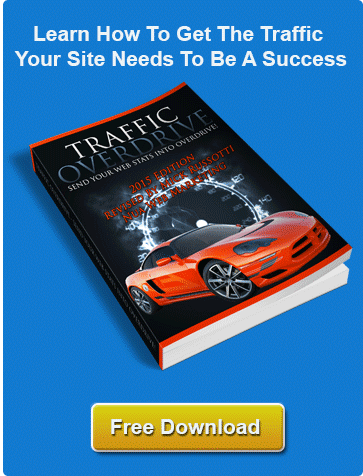 This position will allow IEDR to continue investing in the technological, service and security infrastructure to strengthen further the resilience of the .ie namespace, and build awareness among SMEs about the benefits of an online presence, ecommerce and .ie as the web address of choice for Irish businesses.

Financial and operational performance for 2013 includes:

Performance and operating activities for 2013:

IEDR continued to perform strongly in 2013, consolidating its financial position in a difficult business environment, while growing its market share to 47.9% (2012: 45.8%).

Topline growth in new .ie domain registrations rose by almost 18%, highlighting continued demand among businesses for an identifiably Irish domain name in .ie. While new domain registrations declined by 4% on last year to 32,154 (2012: 33,484), when offset by 27,169 non-renewals (deletions) the result was a net addition of 4,985 domains to the .ie database.

The figures demonstrate ongoing growth in the .ie database, albeit at a slightly slower rate than in previous years, culminating in a net 2.7% increase in .ie names to 187,269 by year end. IEDR is satisfied with the figures in light of prevailing economic conditions, particularly for small businesses and sole traders who account for the vast majority of registrations.

Balancing cost-control with strategic investment priorities, IEDR recorded a 3% reduction in administration costs while employment costs rose by 6% to €1.28 million, reflecting in part new recruitment by IEDR to cover, among other areas, new business development.

IEDR continued to invest in co-funded marketing initiatives to support Registrars in promoting the .ie namespace, while an expanded OPTIMISE e-Commerce Website Development Fund, now in its third year, was awarded to 20 small and micro businesses.

The growth in .ie domain registrations was generated almost entirely by IEDR’s accredited Registrar community and reflects external factors such as a maturing Internet ecosystem with websites for new online businesses, products or services, offset by increased use of mobile and social media for small businesses’ promotions. The Registrar community benefited too from a significant upgrade to IEDR’s automation and technical processes, resulting in faster service for customers.

The renewal rate of .ie domains at 85.1% was on par with last year (2012: 86%). The 14.9% level of non-renewals (deletions) which was similar to 2012 (14.1%) reflecting shorter domain life-cycles, as domains become increasingly used for the promotion of one-off events and campaigns. On a positive note, this level of non-renewals is very low by international standards where non-renewal rates can be over 30%.

New registration growth for the first half of 2014 resulted in 16,687 new .ie domain names, a slight decrease of 3.8% compared to the same period last year, while the net growth in the database was 28.3% higher over the same period owing to the slowed rate of non-renewals (deletions) at 10,662 domains – versus 12,644 for the first six months of 2013. This emerging trend, if sustained, is welcomed by IEDR as volume growth is a key strategic priority. To that end, IEDR will continue to assist the Registrar community with promotional, outreach and sales support activities.

On the international front, IEDR continues to monitor ICANN’s expansion of the global domain namespace by adding hundreds of new generic top level domains (gTLDs), which will represent a challenge for Ireland’s brand managers, trademark and patent holders and the owners of intellectual property rights.

Commenting on the 2013 results, Mr. David Curtin, Chief Executive of the IEDR said; “The IEDR is pleased with its financial performance for 2013, which showed overall volume growth of almost 18% from 1 January, increased Members’ Funds to €3.9m and a 5.8% increase in operating profit. We are on a sound financial footing for the year ahead with a strong balance sheet that will enable us to continue growing the .ie domain, investing in new infrastructure and in the development of the .ie brand. The theme of this year’s Report is “Identifiably Irish” and in 2013 we continued to promote the value-added benefits of Ireland’s official internet address .ie and the benefits of e-commerce for Irish businesses at home and abroad.”

“Small businesses need to be nurtured online and the economic environment for those enterprises has been difficult to say the least. Looking ahead to 2014, there is a real opportunity for SMEs to grasp the potential of the Internet. Consumers are online – and willing to ‘shop local’ – so SMEs need to have a local .ie website to grow their business online. IEDR is committed to helping its accredited Registrars further their promotional activities to ensure that .ie is part of a vibrant online marketplace for Irish micro-enterprises and SMEs.”